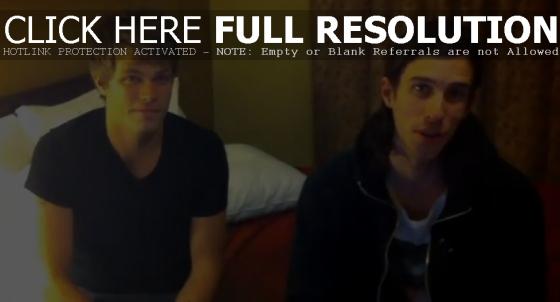 3OH!3 has a special message for the Class of 2011. The duo are performing live on the Magic Kingdom Castle stage during Disney Grad Nite at the Walt Disney World Resort in Florida. The event is closed to the public and opened especially for high school seniors across the United States.

Watch Nat Motte and Sean Foreman’s message via YouTube below.