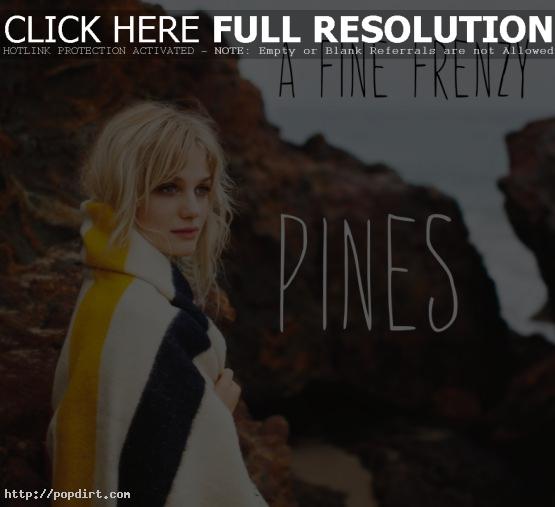 A Fine Frenzy (Alison Sudol) announced that their third studio album ‘Pines’ will be released September 18th on Virgin Records. The album follows her 2009 sophomore album ‘Bomb in a Birdcage’. The 27-year-old had this to say about the new release:

Sometimes I feel like the world has been strapped onto the back of a giant rocket and it’s hurtling us into the unknown at a pace we’re not entirely equipped to deal with. All kinds of things are falling off, good and bad. It’s a crazy, exciting, terrifying time – so much is changing, and fast. Yet some of the most wonderful things in the world are slow- rivers and seasons and turning leaves and growing older with the ones you love. I wanted to create an environment where a person could retreat to, somewhere vivid and real where their minds and hearts could wander freely. I wanted it to be a place you could go to feel, like a quiet spot in a forest or the sea on a cloudy day.