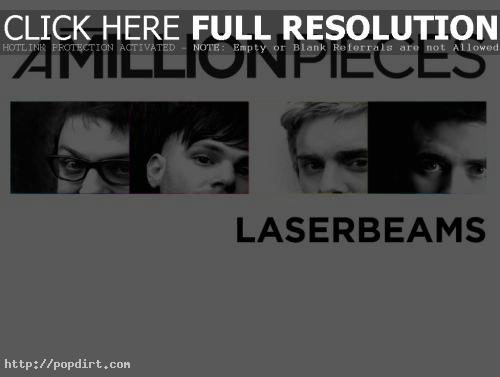 The quirky LA foursome A Million Pieces has released their music video for ‘Laserbeams’, the first single from their self-titled debut EP, available for purchase April 26th.

A Million Pieces formed when all four members moved to Southern California, seeking fellow musicians with similar attitude and sound. Singer Morgan Freed and guitarist Peter Vanderloos began writing and recording songs while living in a communal house in Laguna Beach. Morgan recalled when he met Peter that, “It was the first time I saw a guitarist play his instrument upside down, and without a pick!” The two then connected with former punk bassist Ryan Brown and multi-instrumentalist Stephen Soss, who plays everything from keyboards to drums, trumpet and banjo. “I never thought from playing in metal and ska bands in Denver that I’d be in LA, playing with three dudes who I absolutely love.”

Watch the ‘Laserbeams’ video via Vimeo below.