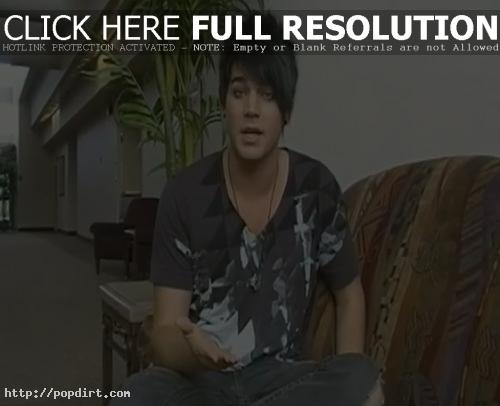 Adam Lambert checked in with his Twitter followers (@adamlambert) on Friday (September 17), reacting to news that a paparazzo filed a report accusing the ‘American Idol’ alum of misdemeanor battery while on a beach in Miami on Thursday. Lambert writes:

Eeew paparazzi killed my peaceful afternoon on the beach! #howisthisok?

They’re real good at provoking, but there ain’t any pics or video of the b.s. they spew out… Haha well… I lost my temper for a sec but wow it felt great lol MIAMI!!!

Hahha the photos are hilarious !! Lol please everyone forgive me for that hat. – I was attempting a disguise- clearly failed. Hahah

Battery? Nope. I attempted to grab a camera, no punches were thrown and no one was on the ground…. It was literally harmless. If embarrassment is a crime- thats all I’m guilty of.

Anyway, everyone should check out the beautiful Raleigh Hotel in South Beach! Had a great stay. Excited for the show in Melbourne, FL tonight!!