Adam Lambert ‘If I Had You’ Video 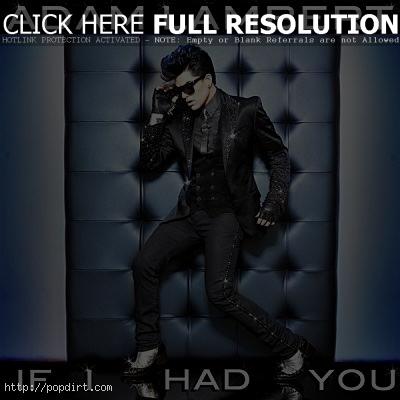 Adam Lambert is out with the music video to his new single ‘If I Had You’, the third release off the ‘American Idol’ season eight runner-up’s debut album ‘For Your Entertainment’, out now on RCA Records.

“Basically, what it’s saying is no matter what color your skin is, no matter what religion you are, no matter what your sexuality is … we can all party together,” Lambert told MTV News about the song’s meaning. “And all this other stuff – money, success, fortune, fashion, glam – it’s all great, but it doesn’t mean anything if you’re not connecting.”

3 thoughts on “Adam Lambert ‘If I Had You’ Video”