Adam Lambert Reacts To Adam Levine Slight On ‘The Voice’ 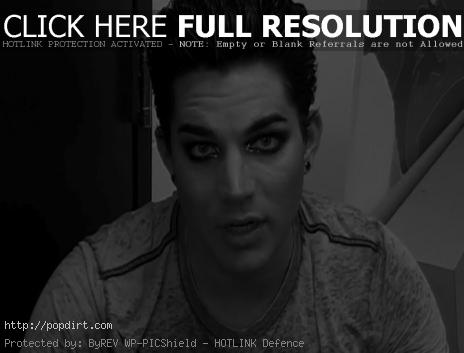 Adam Lambert checked in with his Twitter followers (@adamlambert) on Tuesday night (June 21), reacting to Nakia performing his song ‘Whataya Want From Me’ on ‘The Voice’, as well as show mentor Adam Levine of Maroon 5 being unfamiliar with the song and telling Nakia he probably performed it better than the original artist. The ‘American Idol’ alum writes:

Yeah Nakia! Sang boy!! Great performance. I think Adam might know who I am after this next album. Get ready for me Levine. Hahah

But for the record, I’m def a Maroon 5 fan. Fans: there is NO reason to be angry. Thanks for being protective but it’s all good. :)

Among the Tweets Lambert’s fans sent to Adam Levine in reaction to the slight:

daniela0732: @adamlevine how do you NOT know who the script is?? LOL! I can see Adam Lambert’s song, but seriously, listen to the radio man!!

Kattien: @adamlevine that was rude,honey.If you don’t know a song or singer-listen first then comment) Mr. Lambert just saved you from his fans rage)

patsycrest: @adamlevine what rock do you live under? Adam Lambert fool.. You owe him an apology

AdamBieb: @adamlevine YOU are an idiot!! Look up Adam Lambert’s WWFM on youtube if you are so uneducated!! Will never buy your new song!!

I had honestly never heard that song before. I thought that @nakia made me like a song that would have otherwise fallen flat. I’m NOT sorry.

No disrespect intended for @adamlambert …I honesty had never heard the song before. I’m not one to take cheap shots like that.