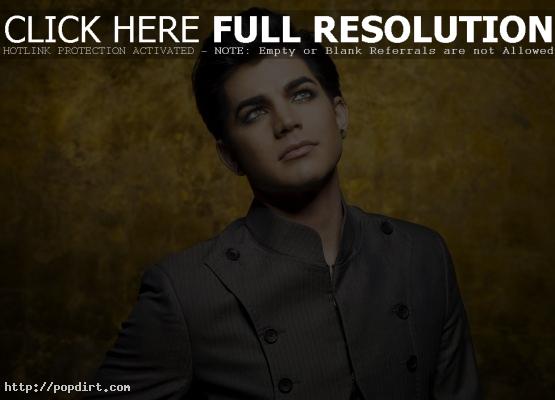 AOL Music spoke with Adam Lambert in a Q&A, where the ‘American Idol’ season eight runner-up discussed how he feels like a trespasser on a figurative level, being intimidated working with Pharrell Williams on the new album ‘Trespassing’, feeling good about having a balance that comes with his stable relationship with Sauli Koskinen, being uncertain about a desire to adopt or have children, the beautiful experience performing with Queen at the MTV Europe Music Awards, and more.

“I realized that I really wanted to make feel-good music and we started talking about some producers and knocking around some names, and Pharrell came up, and I thought, ‘Wow, if he’ll work with me, I’d be totally thrilled’,” Lambert explained. “They confirmed it, I got to the studio and I thought ‘I’m not cool enough to be here, this guy is the coolest mothaf**ka out there.’ He’s shaped pop and hip hop over the last decade and I was a little intimidated. What was cool was, after arriving at the studio and sitting down and talking with him, we connected on an intellectual level. He’s so smart, and he’s so big picture.”