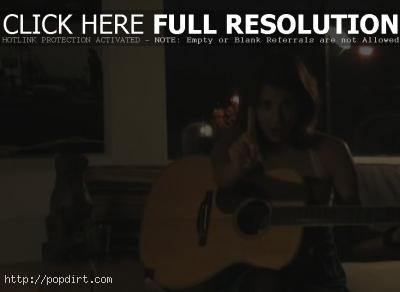 “I’m going to do a series for all of you guys, where I’m doing one song a week of my new material,” Alaina explained. “This one I wrote recently because I’ve had some changes in my life, and its got me second-guessing, because everyone second-guesses themselves, and get it in the meaning of the song, but it means a lot to me.”