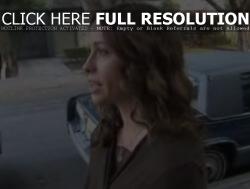 Alanis Morissette posted a MySpace video talking about her upcoming plans. The singer/songwriter is going on tour in January with matchbox twenty and plans to release a new album in April. “A great snapshot of the last year,” Morissette said. Also in the pipeline is a new book, which she plans on writing over the next year or two. As for her personal life, the 33-year-old stated, “I’ve probably never been happier.” Watch the video below.