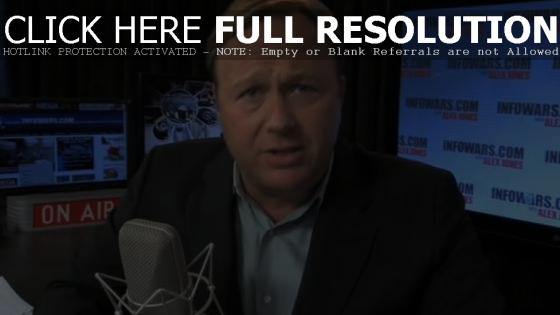 Conspiratorial radio host Alex Jones went on his YouTube channel today to explain why Lindsay Lohan, and by extension millions of Americans, are being poisoned with methamphetamine style drugs like Ritalin that cause brain shrinkage, heart problems and a myriad of other disorders. Alex also highlighted how serotonin-specific reuptake inhibitor (SSRI) prozac drugs are turning people into psychopaths and leading to a massive increase in suicides and other reckless behavior. “This is a plague upon all of us all,” Jones said. “This is a military industrial complex big pharma war against free humanity. The facts are in. We’re all victims of this, not just Lindsay Lohan.” Watch the commentary below.

Lindsay Lohan was released from her court-ordered rehab at UCLA Medical Center on Tuesday evening according to RadarOnline.com. The 24-year-old entered the facility August 2nd to serve her 90-day sentence as ordered by Judge Marsha Revel, who has since recused herself from further proceedings related Lohan’s case.

Lohan signed discharge papers earlier in the day before later departing the center. In order to avoid the media frenzy, a decoy was created to help LiLo exit.

Lindsay Lohan used her time behind bars to brush up on writing, and TMZ has learned she plans on turning her work into a profit. The 24-year-old filled out ten composition notebook during her two week stint in jail, adding to the ten she has in a safe at home which she’s putting together to use in a book. The video report from TMZ at MySpace has since been removed.