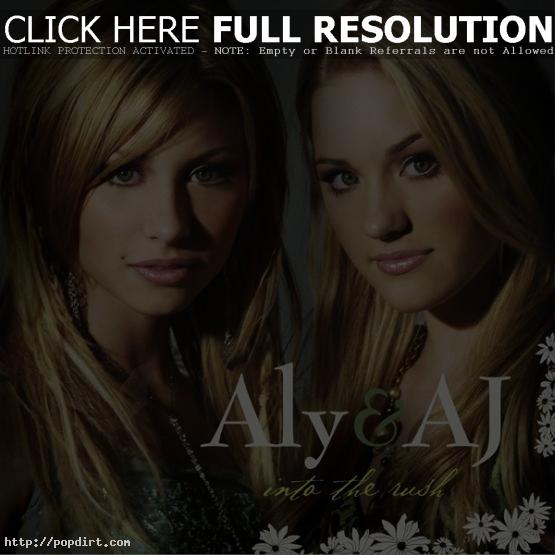 Paul Schultz of The Trades reviewed Aly & AJ’s debut album ‘Into The Rush’, giving it a ‘B-‘ grade. Schultz writes, “For reasons beyond the scope of this review, I had Hilary Duff’s ‘Most Wanted’ queued up after this album and I was several tracks into the latter’s album until I realized I wasn’t listening to the sisters anymore. This should give you some idea of the musical territory covered in this pop confection. Their vocal talents far surpass Duff’s, but that’s a group that could arguably include everybody.” The story at the-trades.com has since been removed.