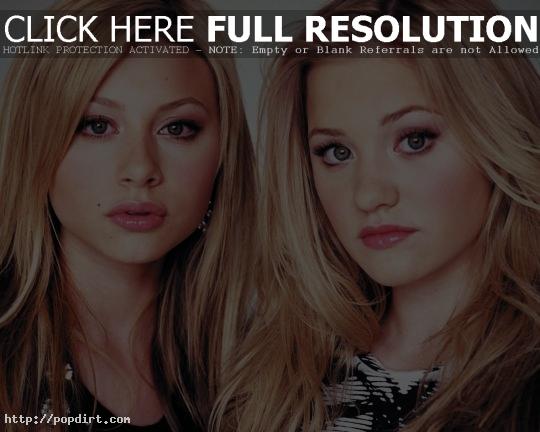 Alyson Michalka of Aly & AJ checked in with fans on the sibling duo’s blog at MySpace (@alyandaj) on Saturday (December 15). She writes:

Sorry we haven’t blogged in ages. We’ve been so busy touring internationally! We are so excited about joining Miley, who’s a great friend of ours on her extended tour! We would have done the rest of the tour with her, but AJ is leaving on January 25th to New Zealand to complete her role in Peter Jackson’s “The Lovely Bones.” She’s been in PA having so much fun working with such amazing actors!

Recently, I booked one of the lead roles in the upcoming Walden Media feature film called “Will.” I will be flying to Austin, Texas (when AJ’s in New Zealand) to begin production on the film. I am so excited for this project! It’s a great script and the director has an amazing vision.

We are looking forward to seeing you on the road. To all of our European and Japanese fans…we had an incredible time overseas and can’t wait to come back!

FYI: We just shot our video for “Like Whoa” with director Scott Speer and it rocks. It’s very different from what we’ve already done. Hopefully when you see it, you’ll go…like whoa!

P.S. – Got totally inspired by the Van Halen concert last night at the Staples Center. Our good friend Wolfgang Van Halen killed it on bass!