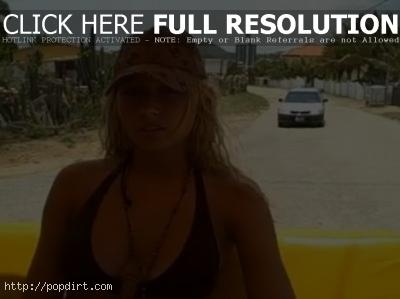 Alyson and Amanda Michalka of Aly & AJ posted more footage from their vacation in Aruba, with the siblings going on a bumpy “safari” ride, which led to one of their 4×4’s tires to go flat.

“We are basically on a safari right now. It’s insane. I’m about to throw up,” AJ admitted as they were being thrashed around. “I didn’t even know cars could do this. Look at this view, it’s insane.” Aly said of the jostling, “This is probably, is it worse than the inner tubing yesterday?”