Alyson Stoner On The Set Of Her First Music Video 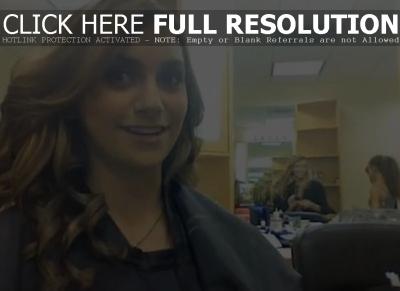 Alyson Stoner checked in with fans on her YouTube channel on the set of her first music video for a remake for a soundtrack for an upcoming Disney movie. The ‘Camp Rock’ star was seen getting her hair and makeup done.

“We are on the set of my first ever music video, where I am the singer,” Stoner said. “It’s for a remake, for a soundtrack, for a Disney movie that will be coming out sooner than later. I can’t tell you much other than that, but to keep your ears and eyes wide open. Get ready.”

Later, Alyson said, “So they gave us only like 20 minutes to change my hair and makeup to the second setup of the video, but these two fabulous ladies have been working miracles today and making it all possible.”