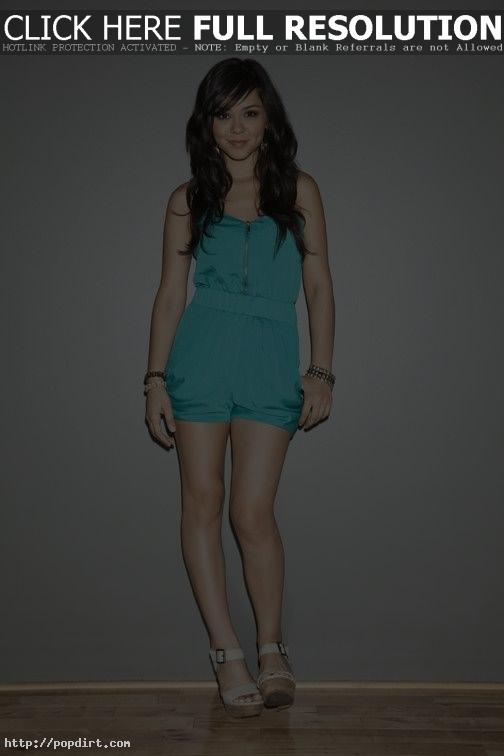 YouTube sensation Alyssa Bernal recently sat down with Young Hollywood’s RJ Williams for an interview and special acoustic performance of single ‘Cali, Cali, Cali’. Alyssa talked about what it felt like to pass 100 million views on her YouTube channel, how she stays true to her roots, and what it was like being the only girl on tour with idols Lifehouse and Kris Allen. Alyssa also revealed which singer she hopes to collaborate with, and what she hopes to accomplish over the next few years.

“I remember having 11,000 subscribers and before I knew it, I looked back and it was like 300 million.. not really, but it happened so fast,” Alyssa said about her YouTube rise to fame.

On still doing the YouTube videos, she said, “I keep my Flip cam in my pocket. I record whatever I think would be fun to watch. I think it’s interesting for them to watch behind the scenes and day in the life. Everything crazy that goes on behind the scenes on tour.”

Asked for an example of the crazy stuff that goes on while touring, she said, “For one thing, I’m the only girl on this whole tour and it’s kind of cool. Most people don’t know that my brother is my drummer on tour, and he takes care of me.”

As for why she recorded the album in London, Alyssa said, “Star Trak record sat me down and asked me what my influences were, and we narrowed it down to the producer, his name was Martin Terefe, he produced some of my influences like Jason Mraz. I love James Morrison and KT Tunstall, and he was our guy. Packed for a week thinking I was just gonna meet the guy, he was like, you know what, I’ll open up my schedule, relocate to London, and we’ll record an album.”

Watch the interview at via YoungHollywood.com below the cut.