am8er Teams Up With Lil’ Kim On ‘The 10 Date Commandments’ 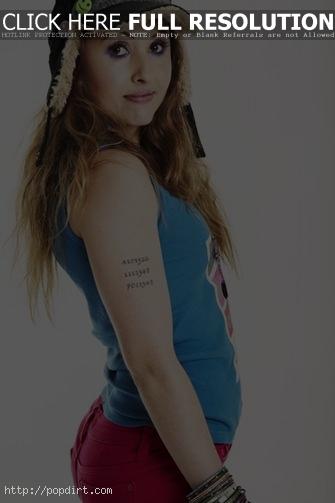 am8er checked in with fans on her blog at MySpace on Sunday (July 4) after working with Lil’ Kim on her song ‘The 10 Date Commandments’. The Australian pop singer writes:

I was lucky enough to work with The Queen Bee, ‘Lil Kim’ last year on a track I wrote called ‘The 10 Date Commandments’. How fitting to have The Queen do her *magic* on the record, when in the first place, it was inspired by Biggie’s 10 Crack Commandments.

Gotta love life – when something’s *meant* to happen…. it just.. will. My manager, Mona Scott, gave it to Kim to have a listen and within a week I was in LA. We had an unbelievable time at the shoot and in the studio- so much fun- lotsa madness, lotsa jumping around helter skelter- and it was inspiring for me just watching her do her thing..

What she did on my record gave me goose bumps….and still does.

Behind the scenes footage of Amber’s time in Los Angeles shooting the song’s music video at YouTube has since been removed.