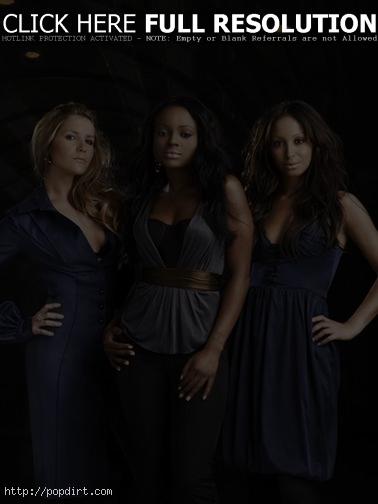 News of the World reports Amelle Berrabah of Sugababes has dumped her longtime boyfriend Freddie Fuller, a relationship that survived accusations that Freddie date raped Amelle’s younger sister and a machete attack in December 2007 that nearly severed Fuller’s arm off. “They’ve had a fairly troubled relationship,” a friend of Amelle told Dan Wootton. “Amelle will look back on their time together with a lot of fond memories and affection for Freddie but she knows it’s time to move on.”

No Plans For Sugababes To Break Up

March 12, 2009 – Sugababes updated fans on their blog at MySpace (@sugababesofficial) on March 11, reacting to reports that due to slow sales of their latest album ‘Catfights And Spotlights’ they were going to take an indefinite extended break. The British pop trio said in a statement:

Following on from a recent report in one of last week’s Sunday newspapers that we are splitting up, we are happy to let you know that this is completely untrue!!

Actually, nothing could be further from the truth!