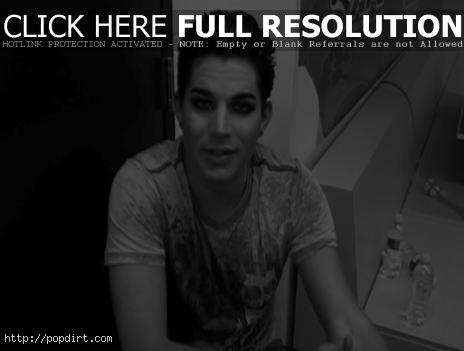 Us magazine spoke with several ‘American Idol’ alums about Adam Lambert’s racy performance at the American Music Awards on Sunday, with season three’s Jon Peter Lewis being the one not offering encouraging words for the effort. “All this nonsense about Adam Lambert’s whole project being art is bogus,” he told Us. “That idea is absurd. It’s like calling Thomas Kinkade art. What a sham.”

But season one finalist Jim Verraros said the performance meant a lot to him. “We need this, and we need him,” the openly gay singer said. “We need to have him out there – he’s a gay pop singer from America. But I am torn — I just don’t know if I would have done that kind of performance for my first nationally televised show. I think had he done it at a more intimate club environment, it would have gone over a lot better.”