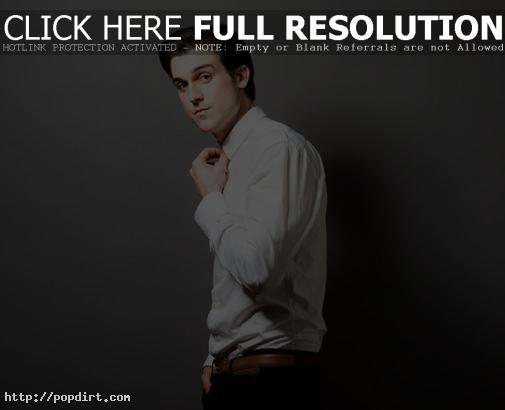 Andy Bull checked in with fans on his blog at MySpace (@andybull) on Monday (March 30), talking about his show at the Sydney Opera House, supporting Duffy, and his frustrating attempt to meet with the singer backstage after the show. The Australian singer songwriter tells readers:

So I’m walking down the hallway after the Duffy show, on my way to the dressing room to get my stuff and go home. I see a room full of people, and assuming that it’s Duffy’s band, I decide I’ll poke my head in to say “great show, have fun in Sydney”. Before I can even get close, Duffy’s rough cockney tour manage, a balding guy with a scowl, basically manhandles me out of the way, tells me I am not welcome and that I should “get lost”.

“This is a private meet and greet. Go away”. I looked over his shoulder to see a Duffy inside, having a meet and great with what looked to be Universal Music!! The hell? Thats Universal Music in there. I’m signed to Island Records, part of Universal. And i cant even walk down the damn hallway. I’m being pushed out of the way by some smash-faced bastard with the cold eyes of a shark, telling me to get f*cked. Annoying.

I wasn’t trying to even meet Duffy. Two reasons why:

1. I had already met her. She approached me at the MySpace show to say hello and thank you. She was lovely, it was cool. It was polite, and it was enough.

2. You don’t bother approaching celebrities after a show, ever, unless you have been specifically invited. This is a rule.