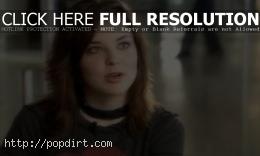 Anna Nalick is featured on Yahoo! Music’s Who’s Next?, where she talked about her grandparents’ history in the entertainment industry, her own ideas on a Broadway career, being called an “old soul”, and more.

“My grandparents were in show business in the late 1920’s,” Anna explained regarding her musical roots. “They were on Broadway and performed with the Marx Brothers and Fred Astaire and they were in Cocoanuts, Animal Crackers and Desert Song, all before they went to movies. My grandma told me that if I wanted to get in the entertainment industry, I had better be prepared for a very difficult lifestyle. She warned me about it and she was right because I’m in a city or two every day. I’ve met lots and lots of people and going home is like a vacation sometimes.” 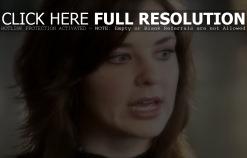 As for following directly in her grandparents’ footsteps, she said, “I danced a little bit as a kid. I don’t know if I was very good. I think singing was my calling instead. I don’t know if I ever want to perform on Broadway, like they did, but I certainly love it. I like the shows. What was a big inspiration for me was the music that was written.”

“I think songwriting is my favorite part,” Anna said about the favorite aspect of her profession. “I hope that I am more like a Joni Mitchell or Sara McLachlan, where they focus on music. I’ve been called an old soul since I was a little kid, and I wouldn’t say that it’s so far fetched. Actually I don’t feel like I fit in. I feel like I might have been more in touch with pop culture had I been born in the early 1900’s and grown up in the ’20s and ’30s. As a result of that, I try to write my music so that someday when I have grandkids who can listen to my songs they can relate to them on a very human level more than mom or oh grandma that’s so 2005.”

The interview and a performance of ‘Breathe (2 AM)’ has since been removed at Yahoo.com.

«Michael Jackson Could End Up In Prison With Charles Manson
Natasha Bedingfield: I Won’t Strip To Sell Music»