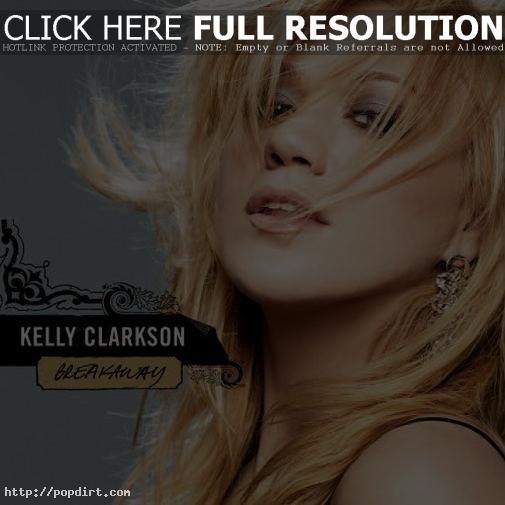 In a RCA press release, ‘American Idol’ season one champ Kelly Clarkson previewed songs from her sophomore album ‘Breakaway’, due out November 30th. She said of the first single ‘Since U Been Gone’: “I went to Max Martin’s studio in Sweden. We recorded it there with Max and the co-writer of the song, Lukasz Gottwald. The first time I heard the song I thought it was a little poppy, so I asked if we could rock the track a little. We put some heavier guitars and harder drums on it. Now it’s explosive.”

November 23, 2004 – Kelly played Brenda Lee in a broadcast of ‘American Dreams’ that aired on November 21st, the ‘American Idol’ season one champ’s second appearance on the NBC show.

November 22, 2004 – Kelly spoke with Kyle and Jackie O. on Austereo ahead of the ‘Australian Idol’ final. Clarkson talked about her sophomore album ‘Breakaway’, her lack of a love life, dealing with fans, her holiday plans, new recently purchased home in Texas, and her touring plans. The interview has since been removed from auspipe.com.