Are James Morrison And Chris Martin The Same Person? 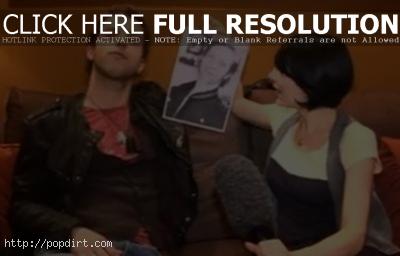 Coldplay frontman Chris Martin and James Morrison are never seen in the same room at the same time. ITN asked Morrison to tell the truth – is he really Chris Martin?

“I can see why,” James admitted of the comparisons, “because I do see it myself. I think it must be his big conk nose and his bouffant hair. You know what, he probably uses a little bit of lip balm. He’s got more of a man jaw than me.”

James added, “Apparently he gets people thinking he’s me, so it’s an even keel on the annoying thing.”

As for a swap for the night, he said, “I reckon I could do the dance. I could do that. I could try and play piano. I’d probably mess up his career a bit.”