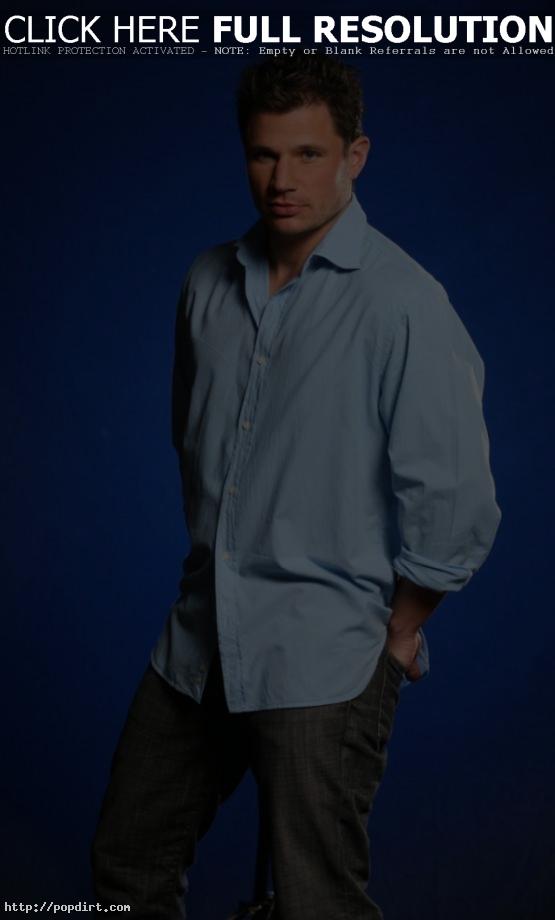 Jessica Simpson has been calling former husband Nick Lachey repeatedly according to Life & Style magazine, and his attention to Simpson is making Nick’s current squeeze Vanessa Minnillo insecure. “Nick’s getting it from all sides,” a source revealed. “He’s trying to keep both women happy, but he’s stretching himself too thin.”

Nick Lachey Not Worried About Trojans Without Leinart

October 2, 2006 – Nick Lachey counts former USC, current Arizona Cardinals quarterback Matt Leinart as a pal, but believes the Trojans’ chances are strong even without the presence of his Heisman-winning buddy. “The quarterback position was well-stocked. [John David] Booty’s gonna do a great job,” he tells AOL Music.

September 30, 2006 – Jessica Simpson’s official web site’s forum is becoming rather skeptical of the singer in wake slow sales of her new album ‘A Public Affair’. Fans are speculating whether her divorce from Nick Lachey damaged public opinion of the star, her meddling father, or just a bland CD are at fault. One called Simpson “a spoiled daddy’s girl who threw away the best thing to ever happen to her to seek more fame and fortune”, while her father Joe was branded by another as “a weird psycho incestual pimp that would much rather be banging his own daughters, than actually caring for them.”

The forum at jessicasimpson.com has since shut down.

September 28, 2006 – The New York Post reports that during a recent shoot for a Direct TV commercial, Jessica Simpson kept everyone waiting for over an hour – due to a stomach bug. Hairdresser and friend Ken Paves was overheard telling people, “Well, what do you want her to do? Sh** her pants?” A rep for the singer denied any physical ailment and said, “there was a minor delay but simply because her voice has not yet healed.”

September 28, 2006 – ‘Entertainment Tonight’ correspondent and ‘Total Request Live’ co-host Vanessa Minnillo says want to marry a more manly man than her current squeeze Nick Lachey, a friend tells the National Enquirer. “Vanessa wants to wed a real jock,” a friend of the 25-year-old beauty explained. “She was absolutely nuts about New York Yankee star Derek Jeter, and she’s also been linked to Patriots quarterback Tom Brady. She grew up a cheerleader and she loves being in the arms of a real athlete.”

September 17, 2006 – Nick Lachey spoke with AOL Music about his return to his hometown of Cincinnati on September 27th for his first major gig since leaving 98 Degrees. “It’s always exciting to go back and see your hometown,” Lachey said. “There’s an added incentive and added pressure and reward when you go back to your hometown and play live. It’s nerve-wracking and exciting all at the same time.”