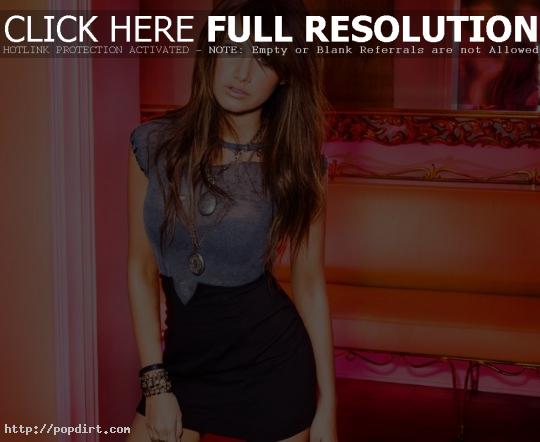 Ashley Tisdale visited ‘It’s On with Alexa Chung’, where she talked about having to kiss fellow ‘High School Musical’ star, Zac Efron, in front of her best friend Vanessa Hudgen’s face. “It was kind of crazy,” Ashley said of Zac’s technique. “He’s like my best friend. He’s like a brother, and it’s just weird kissing him, and Vanessa was there so it was even stranger.” Watch it at MTV.com.