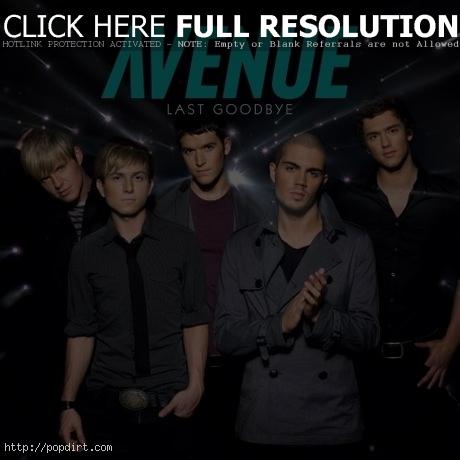 Scott Clarke of Avenue checked in with fans on the British boy band’s blog at MySpace (@avenuegroup) on Monday (September 22), the day their new single hit shops. Clarke writes:

Today’s been wicked, it’s the first day that ‘Last Goodbye’ is out in the shops so it’s a very, very special time for us. We woke up and did an interview for West FM, which is a Scottish radio station, and apparently they’d interviewed Boyzone before us who wished us luck, so that was cool. Then we went to a school and did two shows which was great, the response was brilliant, all the kids were up and dancing around and said they’re coming down to HMV!

So now we’re here at HMV, getting ready for the performance and the signing. I’ve already bought my copy of the single! I’m going to get it framed as it’s such a special moment for us. We’re going to be performing four of our tracks, so it’ll be good to showcase material off the new album, fingers crossed everyone likes it.

«Varsity Fanclub Get Spooked At Haunted Hotel
The Bamboos ‘King Of The Rodeo’ Ft. Megan Washington»