Avril Lavigne Does Her Makeup In St. Tropez 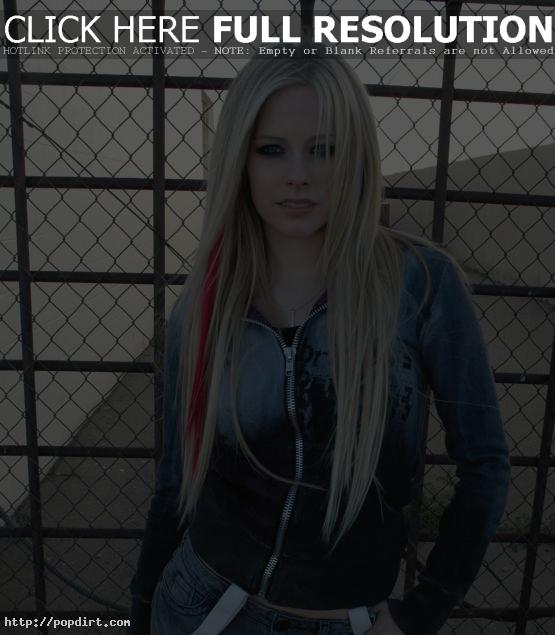 Avril Lavigne was photographed boarding a boat in Saint Tropez on Sunday (July 26) with some friends and doing her makeup on the way to a yacht. The singer was seen aboard paying special attention to a mystery male while her husband Deryck Whibley of Sum 41 was nowhere to be seen. Pictures from bauergriffinonline.com have since been removed.

July 22, 2009 – Avril and husband Deryck of Sum 41 were spotted after having dinner at Madeo in West Hollywood, California on Monday (July 20), with both ignoring the obnoxious paparazzi before hopping in the back of a waiting car. Watch Hollywood.tv footage below.

July 18, 2009 – Avril gives a behind the scenes look at the making of the commercial for her first fragrance Black Star in Los Angeles, directed by Bille Woodruff. Avril worked from a green screen, and said she wanted the promo to be “very ethereal and magical because it was for a fragrance.” Watch the clip, featuring commentary from Avril and Bille, below.

July 4, 2009 – The new commercial for Avril’s first fragrance Black Star has been posted at her YouTube channel.

“I think the TV commercial captured the edginess and fun of Black Star and made the commercial something I am really proud to share with everyone,” the Canadian pop star told fans on her official site. “I wore pink and black with studded accessories. I think wearing my own stuff and staying true to my style is a huge part of what makes me who I am.”

July 4, 2009 – Avril posted an exclusive look at her Black Star fragrance launch party at Punk in London, England on March 17th. Avril talked with a P&G rep about the thought process for the fragrance design, the scent, and its advertising campaign. Watch below.

June 30, 2009 – Avril checked in with fans on her official web site on Monday (June 29), talking about her Black Star perfume. The Canadian pop rock singer writes:

Creating the packaging and bottling for Black Star was very exciting for me. I really love combinations like pink and black and fun accessories like stars and studs. And so this is what you will see in my perfume bottle. The studded ring you see on the bottle is actually a removable ring, which you can wear or hang around a necklace. The box was inspired by my studded bracelets and belts.

To get a first look at the packaging and bottle take this code m6s51 and enter it at avril-lavigne-perfumes.com [registration required].