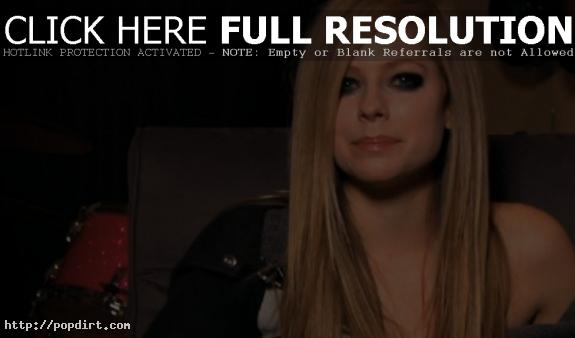 Avril Lavigne offered track-by-track commentary for her new album ‘Goodbye Lullaby’ ahead of its March 8th release. She talked about its first single ‘What The Hell’ before discussing ‘Push’.

“It’s a song about fighting for love, believing in love,” Avril explained about the single. “When you fighting just just shut up and move forward and move along and let’s do this because we love each other.” 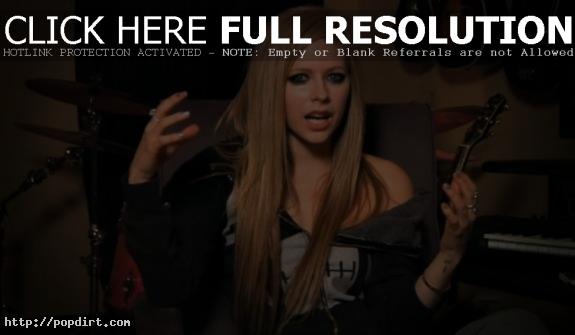 “Push is definitely one of my favorite songs on this record,” Avril enthused about the track ‘Push’. “All of my girlfriends love it. It’s a song about fighting for love and believing in love. When you’re fighting shut up, move forward and move along and let’s do this because we love each other.”

As for ‘Wish You Were Here’, Avril said it’s “a song about missing somebody for a day, for a couple of weeks, for a month. Somebody who you’ve had a falling out with. I mean there’s so many different circumstances in life that we all go through where we do truly miss somebody.”

“‘Stop Standing There’ is a track that I wrote on my own, at home, on my piano,” Avril explained. “This song is a song that I think a lot of girls can relate to. It’s kind of about that guy who’s just standing there and not really doing anything and you’re like ‘Hello, do you feel what I feel? Are we on the same page? Is something gonna happen? Make a move.'”

Watch her talking about rest of the tracks via Vevo below.

February 5, 2011 – Avril Lavigne and Brody Jenner were spotted leaving Koi in West Hollywood the other night, where the Canadian pop star sported a hoodie to keep the pesky paps from getting a quality shot before hopping in Brody’s SUV. Watch Hollywood.tv footage via YouTube below.