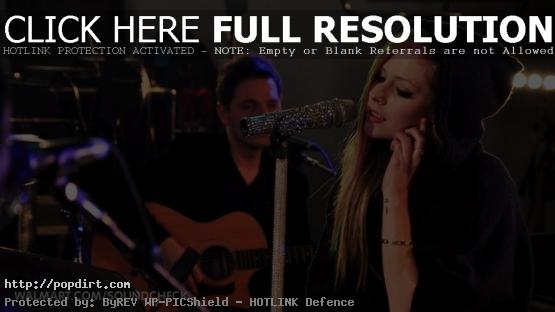 Avril Lavigne did a live set for Walmart Soundcheck, which included performances of her new single ‘What The Hell’ and past hits ‘Girlfriend’ and ‘I’m With You’. During an interview, the Canadian pop singer talked about growing up in a small town, singing in church as a young girl, the new single, getting more stripped down and raw with her new album ‘Goodbye Lullaby’, the story behind the album title, writing half the songs solo on the release, wanting vocals to be the main instrument this time on the recording process, and more.

“I grew up in a really small town. I was kind of a tomboy and played a lot of sports. I started singing in church when I was a little girl. I loved singing,” Avril explained about her childhood.

On the first single ‘What The Hell’, Avril explained, “It is very much like my older stuff. It’s more pop rock. The rest of this album is not really like that. It’s different. This album is more stripped down and raw. With ‘What the Hell’, it’s a fun, upbeat anthem about not really taking things too seriously and just having fun and letting loose.”

Discussing the recording process, Avril said, “This album for me I’ve grown a lot on, and I’ve always been involved with all of my albums, writing on every single song of mine. I’ve never had anybody hand over a song. For this album, I wrote half of the record all by myself without a co-writer. I produced two songs on this record, so I definitely did more on the production side and playing instruments and writing on my own, and one of the songs I wrote when I was fifteen, it’s called ‘Darlin’, and I put it on this album so it’s a really special record.”

“My approach for the recording process was different,” the singer explained. “I wanted the vocal to be the main instrument. I didn’t want to be buried in a ton of tracks, because a lot of the time you can give a good vocal performance but there’s so much loud drums, loud guitars and a bunch of compression and this and that, so you don’t really hear the quality of the vocals, so I really wanted the listener to hear the emotion and to feel what I was feeling at the time of the performance. A lot of these songs are really deep and really meaningful to me. I kind of started off with an acoustic guitar and I would sing to it, and then build around the track.”

Talking about the message she’s conveying on the project, Avril said, “I would say the overall theme to this record is about finding inner strength and moving forward and just living and learning. It’s about life and all of the different emotions we go through and I think the overall emotion is bittersweet. There’s a blend of happy and sad emotions.”

Watch it at soundcheck.walmart.com. Check out more pictures from the session below the cut. 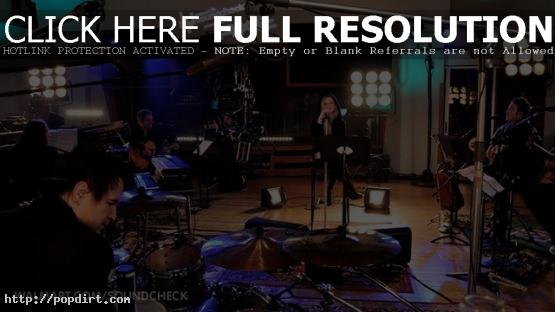 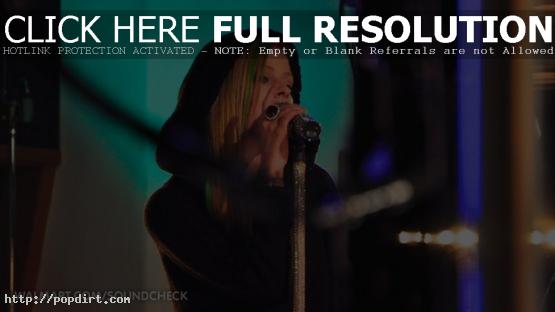 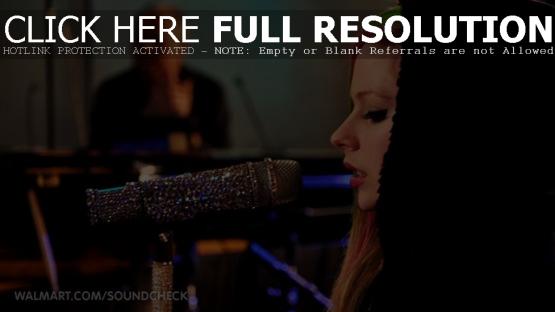