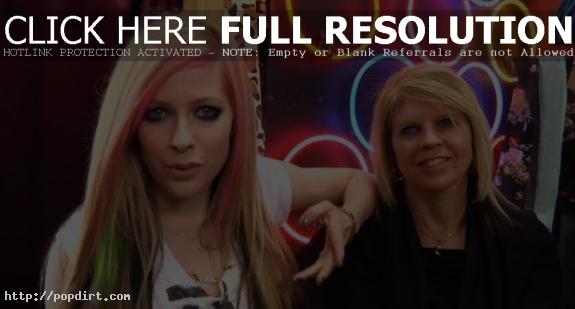 Avril Lavigne is out with the music video to her new single ‘What The Hell’, off the Canadian pop singer’s Canadian pop singer’s fourth studio album ‘Goodbye Lullaby’, out March 2nd. The video for the Sony Music artist (RCA) features product placements for Sony Vaio laptop, Sony Bravia HDTV, and the Sony Ericsson Vivaz smart phone, as well as her own Black Star and Forbidden Rose fragrances and Abbey Dawn clothing line.

“My setup today is easy. It’s pretty much what the end of the video is when I go up on stage,” Avril said on day one of her three day shoot. 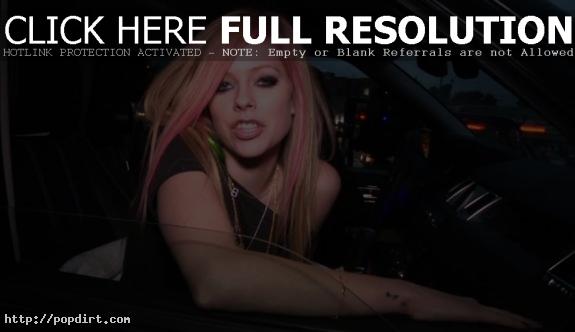 Then on day two, Avril is inside a car and explained, “This is the scene where I steal a cab, and I go for a little joy ride, and my boyfriend over there is following me.”

Talking about the self-promotional following scene, Avril said, “One of the setups for the video is going to be me coming into a vintage store, grabbing clothes and trying on clothes and walking out. I thought it was a great opportunity for me to put a little Abbey Dawn area. It’s kind of cool.” The scene also featured Avril’s mother Judy, who made her first appearance in one of the pop star’s music videos.

Watch the Marcus Raboy directed video and behind the scenes footage via Vevo below.

December 3, 2010 – Driving away from Koi restaurant in West Hollywood the other night, Avril and boyfriend Brody had little use for the pesky paparazzi. Watch Hollywood.tv footage via YouTube below.

November 28, 2010 – Avril and Brody were spotted taking off from their place, hopping in Brody’s SUV to head out and ignoring a pesky paparazzo asking what they’re thankful for as a security guard shooed the snapper away. Watch Hollywood.tv footage via YouTube below.

November 15, 2010 – Brody and Avril were spotted in Brody’s SUV on Saturday (November 13), making at stop at 7-11 before the pair were seen entering Brody’s Hollywood apartment as he was carrying a guitar case. Watch Hollywood.tv footage via YouTube below.