A look inside Avril Lavigne’s first Abbey Dawn store in Tokyo, Japan is featured on the singer’s YouTube channel. The store was opened August 23rd, selling clothes, CDs, DVDs, and accessories. Watch the clip below.

November 5, 2008 – Avril posted highlights of her Nagoya, Japan concert at Gaishi Hall on September 18th, where the singer brought out her husband Deryck Whibley to perform Sum 41’s ‘In To Deep’ along with Avril. Watch it via YouTube below.

Avril Lavigne Checks In From Japan On The Best Damn Tour 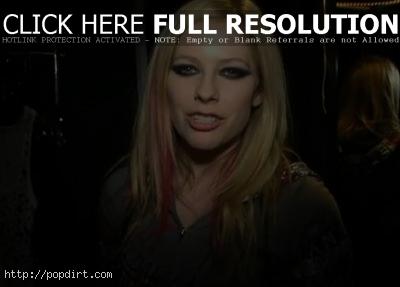 October 30, 2008 – Avril documented her visit through Asia on her recently completed “Best Damn Tour” 2008. The singer was in Japan on her way to China, promising to post some cool videos on her MySpace and AvrilLavigne.com.

“Hey what’s up everybody? I’m in Japan on tour right now on my Asian tour, and I’m about to go to China,” Avril said. “I’m gonna be posting some cool videos on my MySpace and AvrilLavigne.com so check them out.”