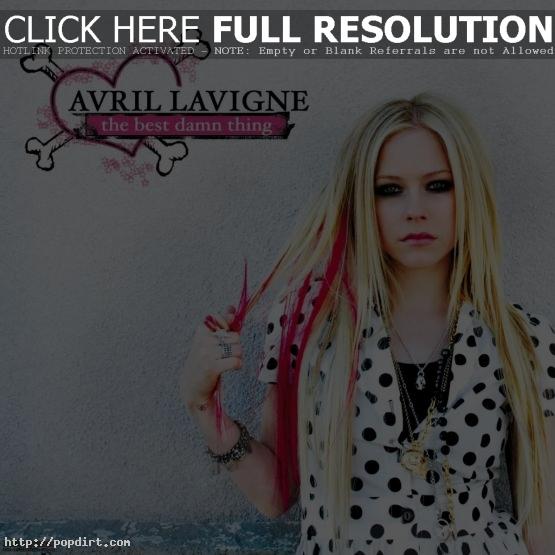 HitsDailyDouble.com reports that based on one-day sales figures, Avril Lavigne’s third album ‘The Best Damn Thing’ is on pace to sell 250,000 copies in its opening week, enough to hold off Nine Inch Nails’ ‘Year Zero’, on pace to top 200k. Lavigne’s previous effort ‘Under My Skin’ sold 380,000 units its opening week three years ago, albeit during a more healthy overall music market.

April 18, 2007 – Avril Lavigne spoke with the Herald Sun about dealing with paparazzi as a celebrity living in Los Angeles. “You can control it to a certain extent,” she explained. “I don’t go to certain places if I know they’re going to be there.” But the Canadian singer added that it’s a good thing she doesn’t have it as bad Britney Spears. “I don’t get it like she does,” Lavigne sadi. “She has paparazzi at her house every day. Then she does things that are crazy, so everyone talks about it.” Read more.