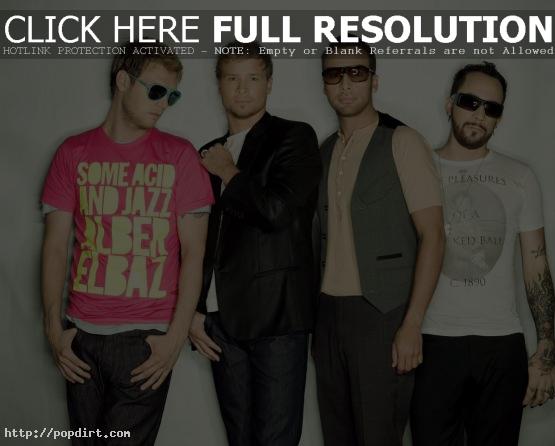 The Backstreet Boys are featured in an interview with Yahoo! Music, where the group talked about the story behind the new album title ‘Unbreakable’, its first single ‘Inconsolable’, being considered the most successful boy band of all time, places they’d like to tour they haven’t had the chance to yet, what’s next for the group, how the sound has changed since the departure of Kevin Richardson, and their belief that pop music is coming back. Another clip features a day in the life of the group, following BSB in London on October 15th as they meet with fans, do a couple television appearances – hosting the top 50 boy band moments of all time, and perform at a Calvin Klein party before ending up in their hotel room to wrap up the day.

Yahoo! Music UK & Ireland has since removed the video.