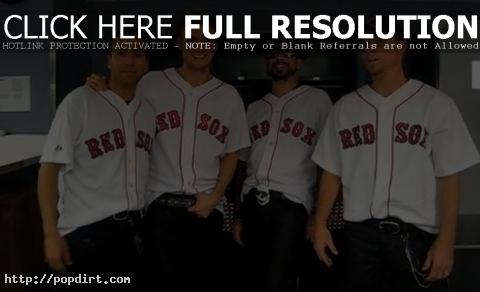 Howie Dorough, Nick Carter, AJ McLean and Brian Littrell of the Backstreet Boys checked in on their YouTube channel from Fenway Park in Boston, wearing Red Sox jerseys in preparation for a concert with the New Kids on the Block on Saturday (June 11).

“We’re about to run out of the dugout for probably the biggest show of my life,” Littrell said. “It’s Fenway Park. It’s massive. We’ve done stadiums, but never baseball stadiums.”

«The Saturdays ‘All Fired Up’ Tour Dates
Kate Havnevik In Kiev»