Before You Exit ‘O’Silent Night’ 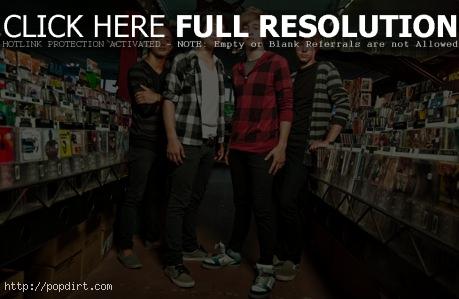 Before You Exit have released their cover of ‘O’Silent Night’ to get all their fans in the holiday spirit. The four piece pop/rock band consists of brothers, Connor (Guitar/Vocals) and Riley McDonough (Vocals/Bass), along with Braiden Wood (Guitar) and Thomas Silvers (Drums). Before You Exit released their debut EP, ‘Letting Go’, in March 2011. After the release, the band toured in support of All Time Low and Rocket To The Moon, as well as recently headlining The Next Big Thing Tour. They are currently putting the last touches on their second EP, which is due for release in March 2012.

December 15, 2011 Jeff C Multimedia No Comments
«Weatherstar ‘Crystal Ball’ & ‘It’s Not Christmas Without You Here’
The Magnetic Fields ‘Love at the Bottom of the Sea’ Out March 6th»