Behind The Scenes With David Archuleta 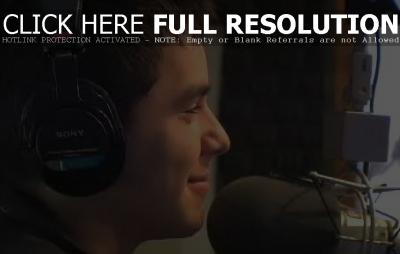 Behind the scenes footage of David Archuleta doing promotions in support of his self-titled debut album have been posted at Sony’s MyPlay. The ‘American Idol’ season seven runner-up was seen at an in-store signing session, doing photoshoots, and doing radio interviews.

“I can’t believe I’m here, on this stage, performing to this many people,” the Utah teen says in the clip. “It’s happening right now. I just have goosebumps.”

Watch the video below the cut.