Behind The Scenes With Jason Derulo 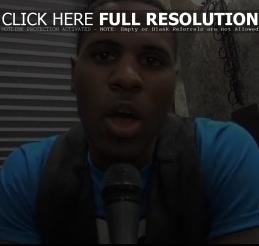 MySpace was on hand as Jason Derulo performed on Lady Gaga’s Monster Ball tour, taking them on an exclusive tour of his bus on the road. Jason also answered fan questions about the first time he heard the song on the radio, finding out it went #1 on Billboard, singing and dancing when he was 5, his songwriting history, and his advice to dream big to aspiring artists.

“The first time I heard it on the radio I flipped out,” Derulo said about ‘Whatcha Say’ hitting airwaves. “I called my mom and it was just an incredible moment and I will never forget it. It will be frozen in my mind forever. Another moment which was parallel to that was when I found out that ‘Whatcha Say’ went #1 on the Billboard charts and then it went #1 on pop radio for four weeks in a row and the only other song to do that in 2009 was a song by Lady Gaga and ‘I Got A Feeling’ by the Black Eyed Peas, so that’s some wonderful company to be in.”

The performance highlights and interview at MySpace has since been removed.