Benni Cinkle New Single ‘Gotta Get Out’ Out June 26th 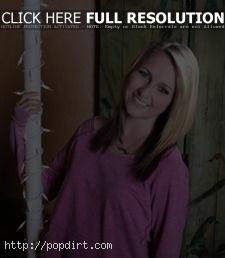 Benni Cinkle, known as “That Girl in Pink” from Rebecca Black’s ‘Friday’ music video, is returning to the pop music scene with the release of her upcoming single ‘Gotta Get Out’ on Tuesday, June 26th. This will be a follow up to Benni’s first single, ‘Can You See Me Now’, which she recorded after rising to unexpected Internet fame after appearing in ‘Friday’. At first, Benni was ridiculed by millions around the world for her awkward dancing in the viral video, often referred to as “That girl in pink that can’t dance.” At the time, only 13 years old, Benni realized she had been gifted a platform that offered international reach, and decided to use her fame for something positive. In 2011, inspired by the stories she read on SixBillionSecrets.com, Benni wrote ‘Can You See Me Now’ for teens dealing with bullying, abuse, depression, and self-harm. She never thought anything would come of it and tuked it away in a drawer. After the attention from ‘Friday’, Benni thought it was time to release the single and donate the proceeds to charities that help teens like To Write Love on Her Arms (TWLOHA) and Gay, Lesbian & Straight Education Network (GLSEN). Benni’s first single was added by over 30 radio stations, spun over 1200 times and charted at No. 30 in DJ Times. For more details about Benni Cinkle’s new single, ‘Gotta Get Out’ and her non-profit, That Girl in Pink Foundation, visit thatgirlinpink.org.

Benni’s new single, ‘Gotta Get Out’ is about feeling different from everyone else and longing to escape the life others expect you to live. “A lot of kids feel like they’re trapped at home,” Benni says. “I want to tell those kids it’s okay. You can be what you want to be. Really, what my nonprofit is all about is that there is hope and there is always something to look forward to.” Proceeds from her new single will help benefit Children of the Night, an organization that helps rescue children who live on the streets.