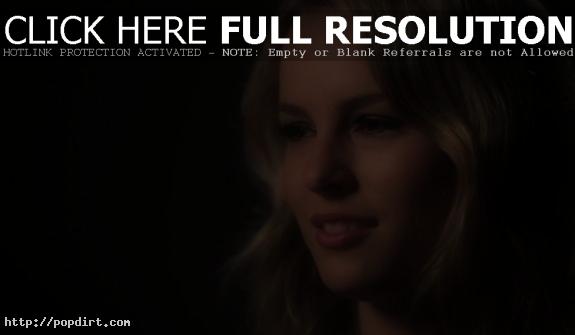 Singer and actress Bridgit Mendler visited VEVO LIFT to discuss a track from her debut studio album ‘Hello My Name Is…’, released last month on Hollywood Records. The 19-year-old American said, “‘5:15’, I think that in that song it’s like this girl who is feeling like the guy, she’s constantly having to push him into being with her and into taking action in the relationship, and she’s just like, give me something or I’m just gone. She really wants to stay, that’s why she said ‘never knew you meant that much to me until 5:15’, because she realizes, she’s gonna keep giving him chances because she really wants to be with him.”

As for whether it’s AM or PM, Mendler responded, “I imagined it to be AM, like they were hopping on a flight or something. They were supposed to go to the airport, or maybe they were going on a road trip or something. They were supposed to meet up and go together, but she’s just like, ‘Well forget you, I’m just gonna go. I don’t need you anymore.'”

Talking about fan feedback for the song, she said, “It’s funny, I’ve talked to some people who have heard the song and go, ‘That’s the story of my relationship. He just won’t get going. He won’t do anything. I’m just waiting for a sign. I think it’s fun that it’s a little bit confusing, because that’s kind of the story too. It’s so confusing. It’s like, ‘Why aren’t you just being straight-forward?'”