Britney Spears made a surprise appearance on Saturday Night Live last night where she played the role of the country bumpkin girlfriend of former SNL star Will Farrell. They joked a bit about his last name thinking she was dating Colin Farrell, but Britney said she and Will were “a little past dating.” As for rumors that Spears was running a Colombian drug cartel now — perhaps in reference to her alleged cocaine use, Britney said, “I mean, these tabloid papers, they’re ridiculous. I mean, they follow you around, they take your pictures, they lie about every move you make. You know what it’s like, Tina?” Tina responded “No, I don’t.” When Jimmy Fallon said he thought Will was married, he responded, “Jimmy, look who it is. It’s Britney Spears.” Britney didn’t appear to be around when the cast came out at the close — maybe she was in the bathroom? Read on for a few video captures. 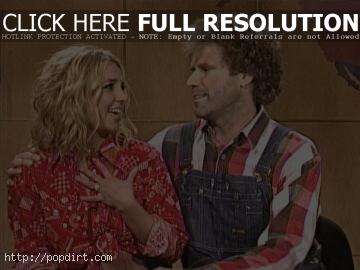 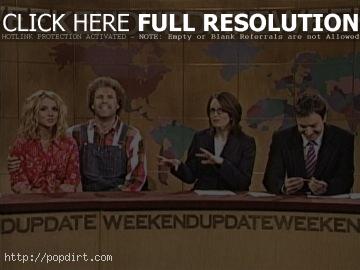 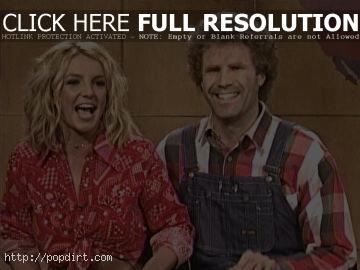