WENN reports Britney Spears has responded to Avril Lavigne’s promise not to ditch her skateboarder-inspired style in favor of revealing garments that Britney is known for. While Avril promises “I don’t go around trying to sell sex like a lot of artists do,” Britney said diplomatically, “If Avril Lavigne tried to be like me, she wouldn’t do well. She has to do her own thing if she wants to stand out. I respect that.” 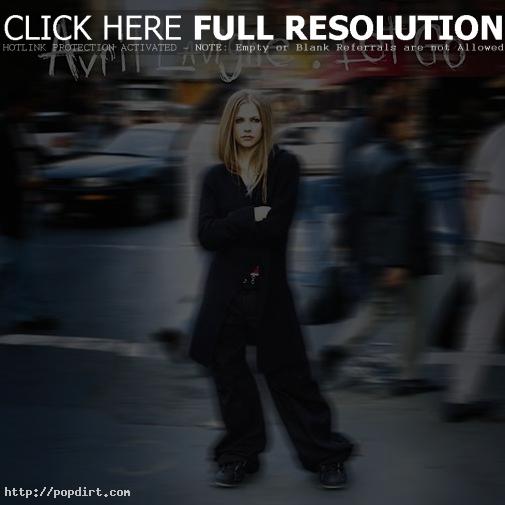 August 31, 2002 – Contributed by dragonzNpiano: Avril Lavigne’s ‘Let Go’ peaked to #3 at the Billboard chart this week on her 12th week. Eminem and Nelly still top the charts this week. Others include Vanessa Carlton’s debut album holding #31, Shakira’s ‘Laundry Service’ at #35, Kylie Minogue slipping down to #75 and Britney Spears at #100. Check it out www.billboard.com.

August 31, 2002 – Contributed Anonymously: Avril Lavigne’s newest music video, ‘Sk8er Boi’, is already the highest rotated video on Much Music. This means that the video is voted on constantly by Much Music viewers. Also, it’s the highest debuted video for this week on the Much Music countdown.

August 30, 2002 – Avril Lavigne won the Best New Artist award at the MTV Video Music Awards on Thursday. Avril told the crowd, “Dude, this is amazing. My dreams are coming true. And this is something that I won’t take for granted. I’ve had this dream for a very long time. And it’s incredible. I want to thank all of the people around me. I want to thank LA Reid for letting me do my thing and that’s what it’s about. Everyone at Arista for their hard work, the network management, Terry McBride, Shawna Gold, MTV for their support, everybody, fans, and my boys, Jesse, Evan, Mark and Matt, you guys rock. I love you guys. Yeah! That’s what I’m talking about. Thank you.”

August 28, 2002 – Avril Lavigne was featured in a clip on MTV’s Total Request Live on Wednesday ahead of tomorrow’s Video Music Awards, where she’s up for best new artist for ‘Complicated.’ Lavigne talked about the honor but wasn’t making much sense. “Being nominated. Oh, my god, I’m being nominated. That’s so cool,” she said. “Now the rest of my life, I can tell you about nominated for something. You know. This might be the only time this ever happens. And I’m just gonna have fun with it. I mean, like — the winning part? Is not — no, it’s not something that I’m expecting. And I think that everyone is winners, even if you’re not being nominated.”