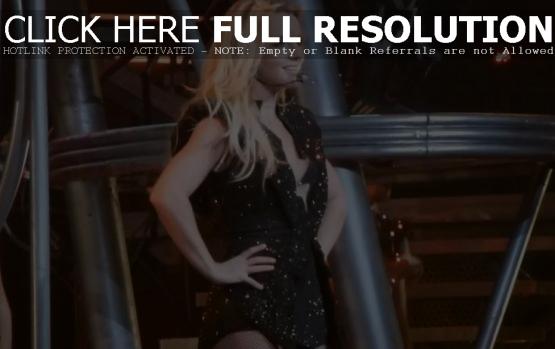 Fans of Britney Spears are furious with former Cheetah Girls singer Adrienne Bailon after ‘The Real’ co-host talked about working with Britney Spears on television recently. “I worked with her on ‘X-Factor.’ Not gonna lie to you guys, I would sit to do my interviews with Demi [Lovato],” Bailon explained. “I did, like, the behind-the-scenes stuff. She can’t hold a conversation. They have someone who feeds her what she’s supposed to say. She can’t hold a conversation.”

The comments about the pop singer, who has been living under a conservatorship since 2008 after a mental breakdown, didn’t go over well with some of her most rabid fans, who took to Twitter to make obscene, threatening and racist comments about the star.

Amongst the unhinged tweets:

ROßßIE (@iFUseeCKme): You’re a disgusting human being I hope you die you cu**. Disrespecting Britney like you know her. Bitch stay behind scenes @Adrienne_Bailon

Julia (@fanbrits): @Adrienne_Bailon U’RE A FU**ING IDIOT! STFU! if u’d been thru the crap Britney was u’d fu**ing die!

(@iamjimmey): Hello, whore! Are you upset, cause Britney had nothing to say to you, bitch? I hope you die, I’ll sh** on your grave!!! @Adrienne_Bailon

Jayden James (@JaydenJ15): @Adrienne_Bailon Lets b real then Britney is a pop legend & u r a washed up cu** working on a knock off version of The Talk. Real enough 4 u?

Valerie. (@InfiniteVal): @Adrienne_Bailon Britney couldn’t understand your raspy beaner voice. That’s why she had people telling her what to say in your interviews.

Cassandra Edelstein (@chrswith1eye): go back to Mexico u disgusting piece of Mexican trash @Adrienne_Bailon. I’m glad @RobKardashian cheated on you. you are scum like ur parents

«Carly Rae Jepsen Awarded For 100 Million ‘Call Me Maybe’, ‘Good Time’ Views
To Be One ‘Wherever You Wanna Go’ Video»