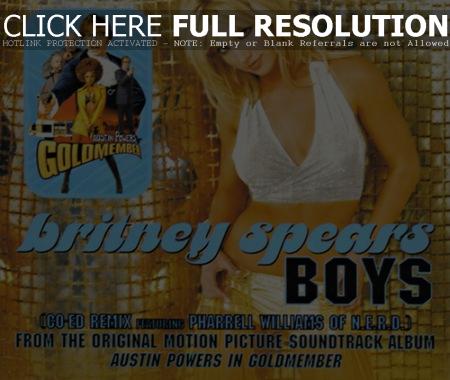 Britney Spears has lately been snubbed by big radio stations such as Z100. Her last two singles ‘Not a Girl, Not Yet a Woman,’ and ‘Overprotected,’ have received good reactions from fans and even a R&B fan base jumped on the ‘Britney’ bandwagon. Now recently with the single ‘Boys,’ radio stations have been playing the track to see if the people like it. And the reactions have been great, which makes ‘Boys,’ Britney’s first radio friendly single since ‘I’m a Slave 4 U.’