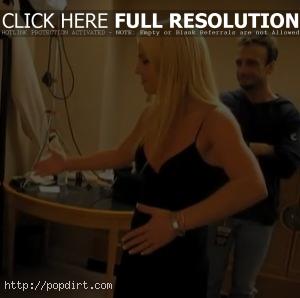 Britney Spears’ manager Larry Rudolph spoke with Perez Hilton about that rehearsal video on MSN, which prompted speculation that the singer would perform at tomorrow’s MTV Video Music Awards.

“She was not rehearsing for the VMAs,” Rudolph told Hilton. “It was just her going into the studio with some dancer friends and having fun. It’s a regular occurrence now. I see that every day.”

Rudolph reiterated that Britney will attend and open the show.