J-14 hung out with the sibling band Burnham at Carnival at Bowlmore Lanes in New York City in an event for Z100. Brothers Alex, Andre and Forrest Burnham took a break from soundcheck to talk about their plans for the day, which included the gig and some bowling afterward. Watch it via YouTube below.

Burnham Performs ‘Catch Me If You Can’ At J-14

July 9, 2010 – Burnham stopped by the J-14 office and performed their debut single ‘Catch Me If You Can’. The song is off the sibling pop trio’s upcoming debut album on Island Records. Watch it via YouTube below. 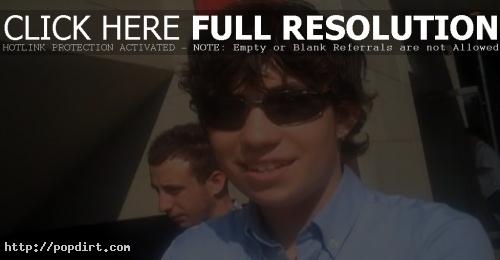 July 8, 2010 – On set of Burnham’s latest photo shoot, the sibling band talked about their favorite Michael Jackson songs and dance moves on the anniversary of the King of Pop’s death. Alex, Andre and Forrest Burnham cited ‘Smooth Criminal’ and ‘Billie Jean’, while showing off their moon walk skills. Watch footage via YouTube below.

«School Gyrls ‘Get Like Me’ Video
JES ‘Closer’ Video»