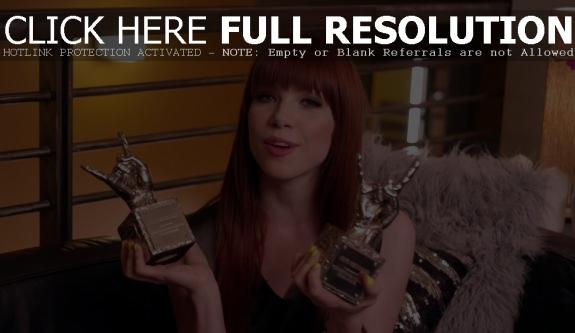 Talking about her start in the music business, Carly said, “After high school, there’s that moment of like what am I going to do, and my parents are teachers. It’s strange, I thought for awhile if everyone else is a teacher here, I thought maybe I’ll become a music teacher, but then my high school drama teacher said to me, ‘There’s this college, it’s kind of like Carly school, they have singing, dancing and acting. You should go and audition. They only let in 25 girls within Canada, so it will be hard to get in, but if you do, it will be great training. It’s only a year long program, then you can go and decide if you want to become that music teacher or what’. So I went. It was very clear to me after that school, as much fun as I had, I really did want to pursue more of a purely musical career rather than acting and all the dancing.” 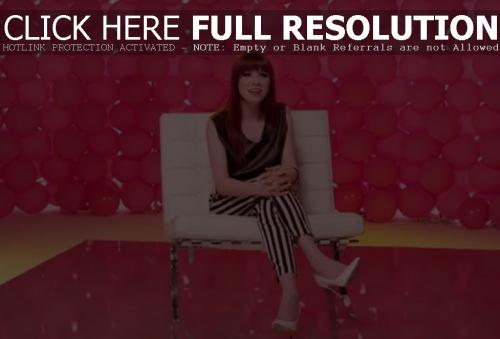 Mentioning her fans, Carly said, “I have extremely enthusiastic fans. It’s really exciting. I have young and old, girls and guys. I’ve been surprised once in a while meeting an old man who is like, ‘I drive a truck and I love your song’. I’m like, ‘Cool!'” Carly added about keeping in contact with fans via Twitter, “I like that interaction. I like sort of getting that window into the fans and sort of the direct ‘Hello’. It’s amazing how important that relationship has been for me.”

Discussing the ‘Good Time’ collaboration with Owl City’s Adam Young, Carly said, “You see a lot of music videos where it’s like, they’re at the club and drinks are pouring. We were like, ‘We want to have a party in the forest. Let’s make this a little bit more like a mission party.'” Carly added, “It was actually pretty cool to meet Adam this way. When he asked me to be involved with this song, he was in the U.S., and I was at the time in Canada, and we didn’t have time to hook up and do it together because we were both on different tours, so I literally did the vocal at 3 in the morning after the Juno Awards in Canada at some random guy’s house that I asked if I could use his studio. We sent over the vocal and by the time I got back to LA it was playing on the radio and I hadn’t met him yet. I had no idea what he was like, so I was really pleased to discover on the video that he’s a really charming and sweet guy.”