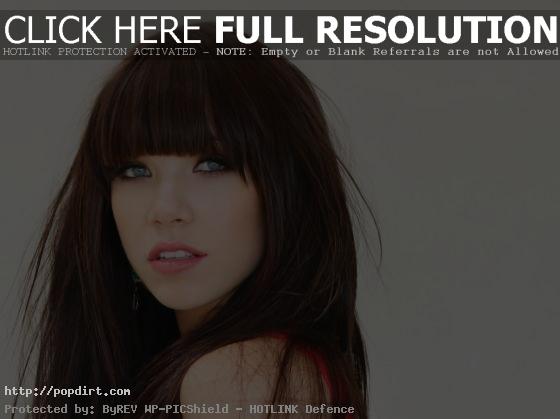 Carly Rae Jepsen sat down with Brett Andrews of Z100 in Portland, Oregon on October 8th, where the Canadian pop singer talked about people getting her name mispronounced sometimes, her bowling shoes, if she had gotten tired of singing ‘Call Me Maybe’, teaming with Adam Young of Owl City on ‘Good Time’, being exited to meet Korean singer Psy and learn the ‘Gangnam Style’ dance and the teaming with Redfoo after a chance encounter on ‘This Kiss’.

Talking about if she’s sick of ‘Call Me Maybe’ after it’s been the song of the summer, she said, “You know what, I would be more sick of it if there weren’t so many covers being made. There’s so many covers it kind of rejuvenates it in a way.”

Talking about teaming with Owl City’s Adam Young, she said, “I was a big fan of Owl City when ‘Fireflies’ came out. I was stoked on it and remember going to a show in Vancouver. Then I was Scooter Braun’s place just listening to some new stuff and he played me that track and I loved it. I thought it was like a summer anthem, and he’s like bonus, because Adam really wants you to sing on it. I agreed to that because obviously I’d been a fan and I loved the song.”

On finally performing the track with Adam before an audience, she said, “I think the first time that we did it live was for ‘So You Think You Can Dance’, ‘America’s Got Talent’ or one of those. It was a total TV show and we basically were like ‘Hi’. We met each other for the video shoot. It was the first day we met each other. The first time we did it live together was on TV.”

Discussing Braun working with ‘Gangnam Style’ singer Psy, she said, “I actually haven’t met him yet. I’m so pumped to meet him. I think we’re gonna make it happen. I don’t want to learn the dance from anyone from him, from the master.”

Quizzed about the inspiration for her latest single ‘This Kiss’, she said, “The song was a collaboration between Redfoo from LMFAO and Matthew Koma. It was a really random collaboration because I actually met him at the airport when I was getting paparazzi’d and I didn’t have a security guard to save me, so him and his security guard came over and said, ‘Are you here alone? We’re gonna take care of you.’ We because really fast friends and bonded over music that we both liked. He suggested that we tried a song together, but we both had to catch opposite flights going in different directions, but he did call me that night with a little bit of an idea, and we started writing together over the phone. Then he brought Matthew into the loop. The three of us did verses and bridges over the phone and email and finally we recorded it in person.”