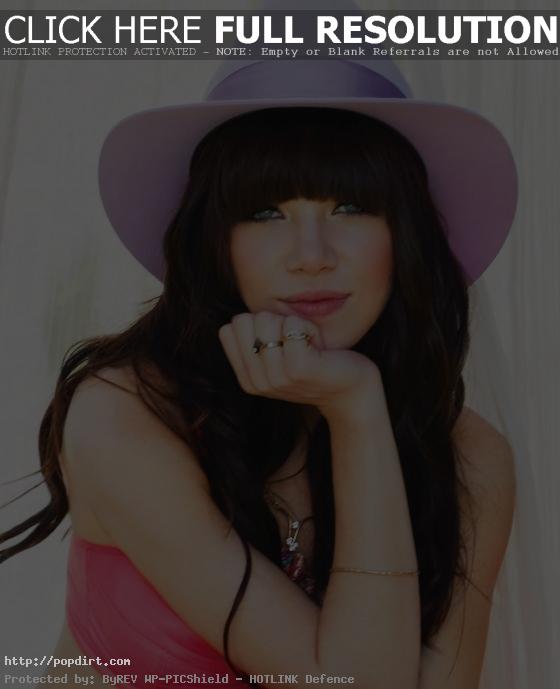 Katie Summers of 90.3 AMP Radio in Calgary sat down with Carly Rae Jepsen before she hit the stage to open up for Justin Bieber at his sold out show at the ‘Dome on October 12th. The Canadian pop singer talked about the excitement of the past year with the success of ‘Call Me Maybe’, what it’s like on the road with Bieber and not needing much to get pumped up before a show beyond the energy at the venue.

Asked about coping with the success of ‘Call Me Maybe’, Jepsen said, “Yeah, it’s been a pretty wild year, but it’s been a lot of fun and definitely a dream I’ve had since I was like 7 years old. It hasn’t been too much to have to cope with more just lots to be excited about.”

Talking about how the tour with Justin has been going, she said, “So far so great. It’s been really kind of a joy to just be able to go out and perform ‘Kiss’ live. ‘Kiss’ is an album I’ve been working on for a while now in the wee hours of the press and the promo. It’s kind of been my side project and my main obsession actually. To have it done and to be on stage and perform is the best feeling. To be a part of Justin’s tour has been beyond amazing. He’s such a great guy and has been such a big supporter, probably my biggest supporter to date, so I feel very blessed.”

Does she do anything special to get pumped up before a show? “It doesn’t take much to be pumped up to go out there,” Jepsen responded. “The energy from the actual stadium at these places is just overwealming and very addicting. You can’t help to want to do it night after night and do it better. It’s something I’ve started to really crave actually, even on our days off. I’m like, ‘Oh, I want to do a show tonight!'”