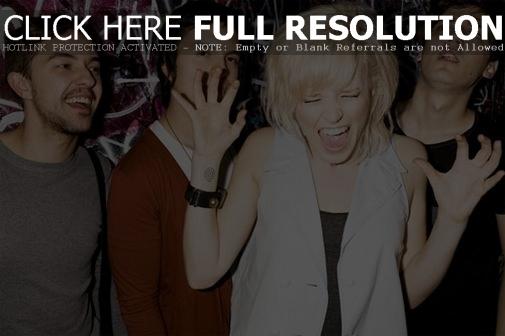 Cassette Kids checked in with fans on their blog at MySpace (@cassettekids) on Monday (September 28), talking about preparations for their full-length debut album, finishing a photo shoot for the CD and getting set to do the music video for its first single. The Sydney indie pop act tell readers:

Last week we had our photo-shoot for all things album related, it was a huge day.. 13 hours posing in front of a camera to be precise. Luckily we had some catering, I think I may have had more coffees in one day than I normally have in a week, needless to say I was buzzing for most of the day, but we got through it and actually had a really fantastic time, so thanks Brit, Karen, Chris, Mike, Andy and all the associated Sony peeps that came down to make sure that everything was running smoothly, pats on the back all round.

This week we’re looking forward to filming the clip for the first single from the album which is due for release in about a months time. This will be the first official offering from the album so we are equally nervous and excited to get it out there.