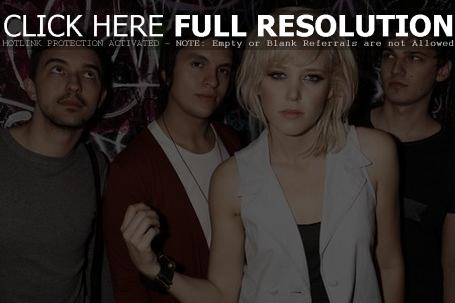 Jake Read-Harber of Cassette Kids checked in with fans on the Australian indie pop band’s blog at MySpace (@cassettekids), discussing their year, which included work on their full-length debut album on Sony BMG. Jake writes:

For people who haven’t had the chance to record an album I’ll give you an idea of what it’s like. Drinking double/triple shot coffees just to keep awake and working, average of 16 hour days, a lot of YouTube video watching, occasionally putting on music that ISN’T yours at a very loud volume just to get some perspective, sushi for dinner most nights, a brief infatuation with Super Nintendo and all Mario related games, losing any significant pigmentation to your skin and getting used to very cold temperatures and dim-lighting. Cabin Fever – bickering about pointless topics, telling the same stories over and over, making very inappropriate jokes to keep your sense of humor in tact. And it does not help AT ALL when one of you gets sick, because it just gets passed back and forth and around and back again, in fact Katrina had a throat infection and major nasal issues for the entire of vocal tracking, which is a testament to her amazing vocal chords that we could walk away with something that actually worked!

But out of it all, an extremely personal and emotional experience. If a band can last this experience without wanting to suffocate their band-mates in their sleep with a pillow, or just simply never wanting to talk to them again then they have done very well. And I think we did very well, in fact it made us a lot closer.