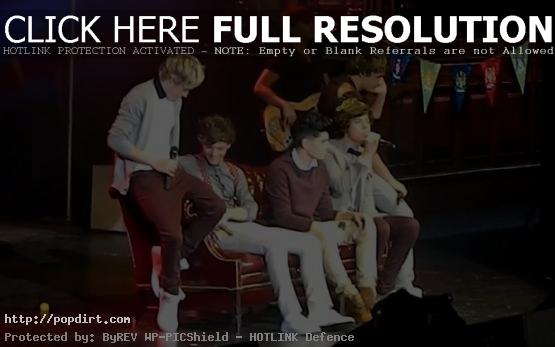 Take That Member’s Paris Hook Up

A not so blind item in The People asks: “Which (single) member of Take That didn’t make it back to his Parisian hotel on Monday? Fans hoping to see the hunk were disappointed when he decided to take up a better offer from a girl.”

A blind item in The New York Post asks, “Which Hollywood actor/singer couple recruit coeds from the UCLA campus to spice up their sex life?”

A blind item in The New York Daily News asks, “Which pop megastar celebrated his visit to NYC last week with an east Village gogo dancer and gay-for-pay rent boy? ‘He was fat, completely hairless and doesn’t really like being touched,’ says the young gentleman.”

October 26, 2006 – A blind item in The Mirror asks, “Which singer enjoys nothing more than indulging in kinky water sports with her current beau? The husky voiced babe loves it when her fella relieves himself on her chest.”

July 9, 2006 – A blind item in The Mirror asks, “Which singer is battling bulimia? While on tour the household name spends for tunes on room service, only to throw it all back up. It’s a sin to waste all that food.”

A blind item from The Insider correspondent Marc S. Malkin hints: “This pop singer is so concerned about her appearance, she apparently once went under the knife to have the fat removed from around her knees because she never liked how they looked.”

March 24, 2006 – A blind item in The Mirror asks, “Which pop beauty would be surprised to learn of her new man’s true sexual leanings? Her beau is secretly gay and one of his aides let it slip that although his new miss ‘isn’t his type’ she is useful for keeping up the pretense.”

March 17, 2006 – A blind item in The Mirror asks, “Which singer stalked a riding instructor after he turned down her demand for private tuition? She kept calling, shouting, ‘Do you know who I am?’ He hung up on her and then played her messages to his mates in the pub.”

January 14, 2006 – A blind item in The Mirror asks, “Which boyband singer is acting like a born lothario? At a recent showbiz bash, he couldn’t decide between two leggy lovelies so he invited both of them back to his bachelor pad. Wonder if his other bandmates were home?”

A blind item in Australia’s NW magazine hints, “He’s on drugs, he’s off drugs. He’s gay, he’s straight. He’s happy, he’s sad. We’re all used to his antics by now, but this lawsuit-happy loudmouth isn’t fooling the rent boys he invites up to his plush London pad for drugs and sex – even though he insists on wearing a silly ski mask over his face so the hired help won’t know who he is.”

A blind item in The New York Post asks, “Which young Tinseltown temptresses can’t seem to resist the lure of Bolivian marching powder? We are hearing so many reports these days of pretty young things dabbling in disco dust that we’ve made a list, which includes: a model, supposedly free of her drug woes, back on the powder, doing lines at Teddy’s in the Hollywood Roosevelt Hotel; a stick-thin celebrity, going through a rough time, who is turning to blow for comfort; a soon-to-be single sweetheart being turned on to the drug by her new Hollywood pals; and a social climber who is friend/supplier/fellow user to them all.”

December 21, 2005 – A blind item in the new popbitch.com newsletter asks, “Which former teen-band idol copped off at a gay sauna last week with a rather cute rent boy?”

October 30, 2005 – A blind item in the latest popbitch.com newsletter said, “This international singing duo may have split at the height of their success but both members have something to celebrate this year – weddings. One married his pop-star girlfriend this summer while the other has just got hitched to his boyfriend in London.”

Young Engaged Singer Has Lesbian Lover On The Side

A blind item in The New York Daily News asks, “Which young singer has a lesbian lover in Miami she shows no sign of giving up now that she’s engaged to be married?”

Pop Pup Inching Back Into His Cedar Closet

A blind item in Billy Master’s new Filth2go.com column asks, “Could it be that a certain pop pup is inching back into his cedar closet? So say sources close to the crew cut kid, who has reverted to his roots. I’m told that those rumblings about him coming out are decidedly premature. Not only is he staying put, but he’s bringing that well-known fag hag in to keep him company. Don’t be surprised if rumors surface of a wee one en route – although we’d be awfully surprised if it ever arrived.”

August 14, 2005 – A blind item in The Sunday Mirror asks, “Which pop babe has been gushing about her romance with a boy-band has-been? But he’s been telling pals they’re NOT an item and is still playing the field.”

A blind item in The Mirror asks, “Which simple blonde shocked staff at a French nightclub by demanding thousands of pounds worth of free booze? The ligging lady in question was given short shrift, so she threw a huge tantrum.”